Are they here to stay?


Hi all!
It has been 5 years already since the conception of "Emo Boy" blog.
It has been a fun 5 years!
Posting, searching, finding, and reading your comments and suggestions!
We never completely made the 5th million viewer unfortunately, but never had that in mind when we started this small blog in Johannesburg - South Africa.
You have all been wonderful supporters and we have noticed that a lot of new sites and blogs have copied and "borrowed" Emo Boys' photos.

All that is left now is to wish you all a great and wonderfully awesome 2014!

Some of the true comments on my post: "The scene is Fading"

ebastiano Serafini is a musician, model and actor based in Tokyo, Japan.
Born in Italy, Seba started his career as a model in Milan, followed by Hong Kong, Taiwan and Japan. He has modeled for top international fashion brands including Paul Smith, True Religion, GStar, Lee, Diesel, Nike, Uniqlo and Jury Black.

As a designer, Seba has collaborated with clothing and jewelry brands on collaborations, including a ring for Strange Freak Designs, necklace for Soho Hearts, and charity t-shirts for HOPE by Like Atmosphere.

Sebastiano began his acting career in an Italian drama. He was a cast member in a popular Japanese TV drama, Nihonjin no shiranai nihongo, based on the bestselling manga. He also appeared in the spin-off show for au channel.
Seba has appeared on Fuji TV, Asahi, Nihon TV and more.

DNR are not going to replace seba... they will remain 4 members.
Due to the complications of working from different geographic locations and having different musical directions and goals, I am unable to continue being a part of DNR. I wish all the best to them and we will always remain supportive of each other.
https://www.facebook.com/YuPhoenixOfficial

.December
This was another good month, I went to Nagano and I built my first Snowman.

Thanks, you are visitor:

Due to the nature of how this blog was set up, it is recomended that you start reading the oldest post first (now working!) and then go backwards (click "newer post") till you get to today! Thank you.

Dirck
Johannesburg, Gauteng, South Africa
I grew up in the Netherlands and now living in South Africa. It is far away from the rest of the world but thank the Lord for the internet! As an amateur Photographer I was drawn to what the "Emo Boys" and especially the (now defunct) Fallout boys blog do on the internet and made me want to share some of my visions of Trends and pictures. Now I have so many other pictures of pretty boys and young models that I started a second and third blog site! (Not too sure if that was a wise move...) Not claiming any copyright or vision, I just want to share with the world as we know it some of the borrowed pictures and statements that made a small or big impact on myself.

See all posts at once.

Are you sure? Ok then, here you go!

(sic)
I do not claim ownership over any images posted on this blog. The images remain the property of their respective owners. If you are the legitimate owner and find something that belongs to you that you wish to be removed, please notify me providing the url of the post and file number of the image. I am also neither responsible for nor have any control over the content of blogs or websites that I link to. 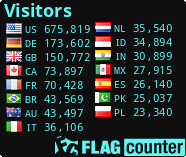